Getting to Know You Interview #2 Janet Gianelloni 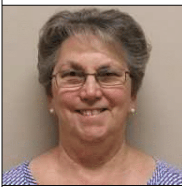 Janet and her sisters were taught to quilt at an early age by their mother.  She started by making doll clothes and then her own clothes. Janet watched her mother and aunt make utility quilts and pieced quilts for family.  From this background, Janet started quilting in the early 70’s for children in family.

Using patterns from such quilters as Ruby McKim, Janet made traditional quilts like this little blue sampler made in early 1980’s.  Over the years her preferences and interest have expanded to scrap quilts and learning such new techniques as paper piecing and applique. Janet quilts her tops on a domestic machine but mostly rents a long arm at a local shop.

Favoring Kaffe Fassett fabric, Bonnie Hunter patterns and Edyta Sitar quilts is a sure sign of Janet’s eclectic interests.  Below are a few of Janet's quilts.

To quote Janet, " Quilting has brought me lots of joy, both from the feeling of satisfaction with what I complete and from the fun of making friends with other quilters who share my interests.”

Quilters’ Guild Acadienne has been fortunate to have the leadership of Janet Gianelloni as our President during the 2019-2020 year.   Thank you, Janet, for the many ways you have served our guild over the years you have been a member.
Posted by Torch Archibald at 10:08 PM Links to this post